I am splitting up our trip to Rome in manageable chunks…..if you missed them, here is Part 1 and Part 2.

Today I am sharing some of Ancient Rome with you.

We walked over to the area, and it is overwhelming …. there are ruins and pillars and arches everywhere, and with my limited knowledge the only bit I was sure of was the Colosseum! 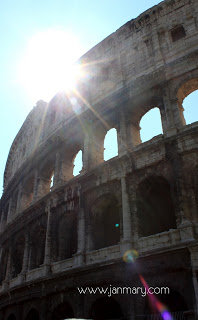 We had not booked a tour with a guide, but signed up for one right outside the Colosseum…. and were glad we did. 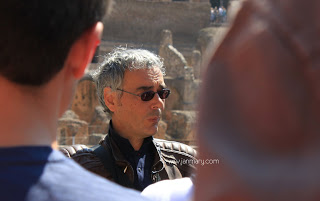 It was really helpful to be shown around (and miss the long queue to get in) and I don’t think we would have had much of a clue without the guide.

When the Colosseum tour part was over we were free to explore it a bit longer ourselves, and later the second part of the tour, of the Palentine Hill began. 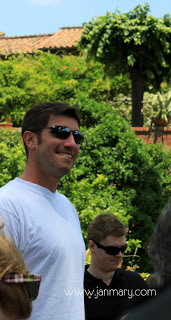 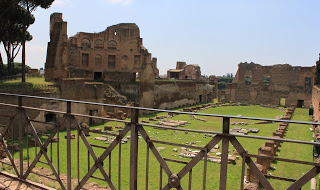 This was a much larger group, and set off up the hill at quite a pace – it was hard keeping up in the mid-day heat.  The tour was useful, but I don’t think I was fully able to grasp or envisage how it would have looked at Rome’s height of power. 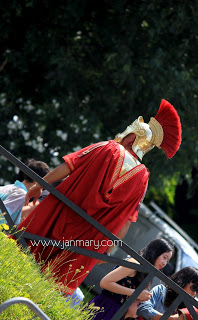 Finally we walked back out through the Forum, and by that point it was infomation overload, but I have since listened to Rick Steve’s Audio Guide on my iphone which included photos of the various points of interest, which has made things a little clearer. 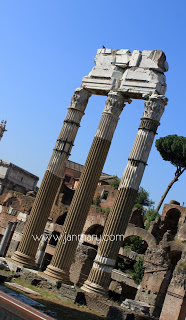 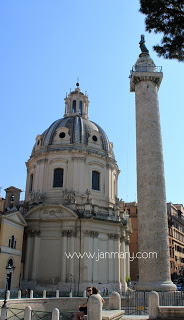 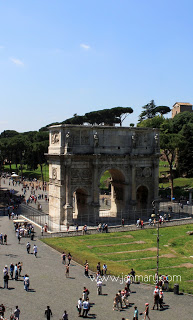 It is an amazing part of ancient history and I feel we only scratched the surface. Someday, when it is maybe a little cooler, I will return and explore it more. I can’t imagine how hot it would be in July and August!

Come back soon for my next Rome installment.
after
In other news we saw the Olympic Torch Relay in Ballycastle yesterday afternoon 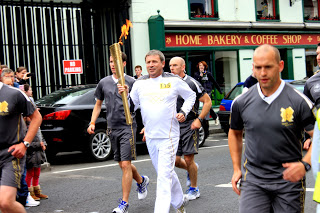 There was a great atmosphere, and lots of locals out to watch and cheer. Probably the closest we will ever get to an Olympic event!

Have you ever seen the Olympic Flame, and if you are in the UK do you plan to try to see it during it’s current tour of the UK?